In a black hair salon in gentrifying Brooklyn, the local residents fend off a strange new monster: white women intent on sucking the lifeblood from black culture..

Director Bio
Mariama Diallo is a Senegalese-American writer and filmmaker based in Brooklyn. After graduating from the Film Studies program of Yale University, Mariama traveled to Veracruz, Mexico to film the experimental documentary project, “African Scramble,” now in post-production and slated for completion in early 2018. In 2015, Mariama co-wrote “Everybody Dies!” which formed part of the omnibus feature film “Collective:Unconscious,” premiering at 2016’s SXSW Film Festival and now streaming on Netflix. In 2016, she wrote and directed the short film “Sketch,” which had its world premiere at Lincoln Center’s African Film Festival, and which won the Fox Inclusion Emerging Artist Award at the BlackStar Film Festival.
Director Statement
The steady march of cultural appropriation tramples its way around the globe. In this way is a bindi reimagined as but a cute festival accessory and are cornrows repurposed for corn-silk hair. When I wrote Hair Wolf, I thought wryly of the inevitability of cultural traditions finding themselves flattened into trends, as helpless to defend themselves as the cast of a horror film.

Hair Wolf casts as its villain Rebecca, a fairly nondescript white woman who trails the film’s black characters, hungering after those characteristics that make them culturally specific. Working her way piecemeal through the salon, Rebecca seizes aspects of black culture with the insouciance of one trying on clothes. By the time she cavalierly makes her getaway, she has several spoils in tow – braided hair, deep toned skin, a boyfriend. None seem fated to last very long as she pursues the next trend.

There is an interesting cycle that black women and the appropriators who love them often find themselves caught inside. As non-black women look to black culture for inspiration, taking on hairstyles and modes of dress that were traditionally the sole domain of black women, so too do they situate white standards of beauty at the center of black culture. So it is that we may find a situation in which a white woman looks to a black woman for stylistic innovation, while that black woman may be modifying her hair texture and skin tone to better mimic a white woman.

This is the loop that the characters who fall victim to Rebecca become caught within. They become drained of their black pride, becoming paler at the same pace at which Rebecca gets darker. This is the true threat of Hair Wolf – once infected, there’s no way out. 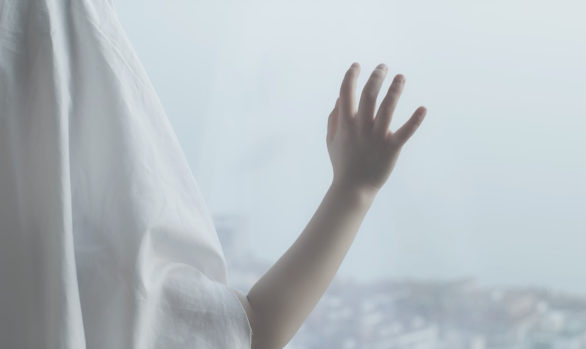